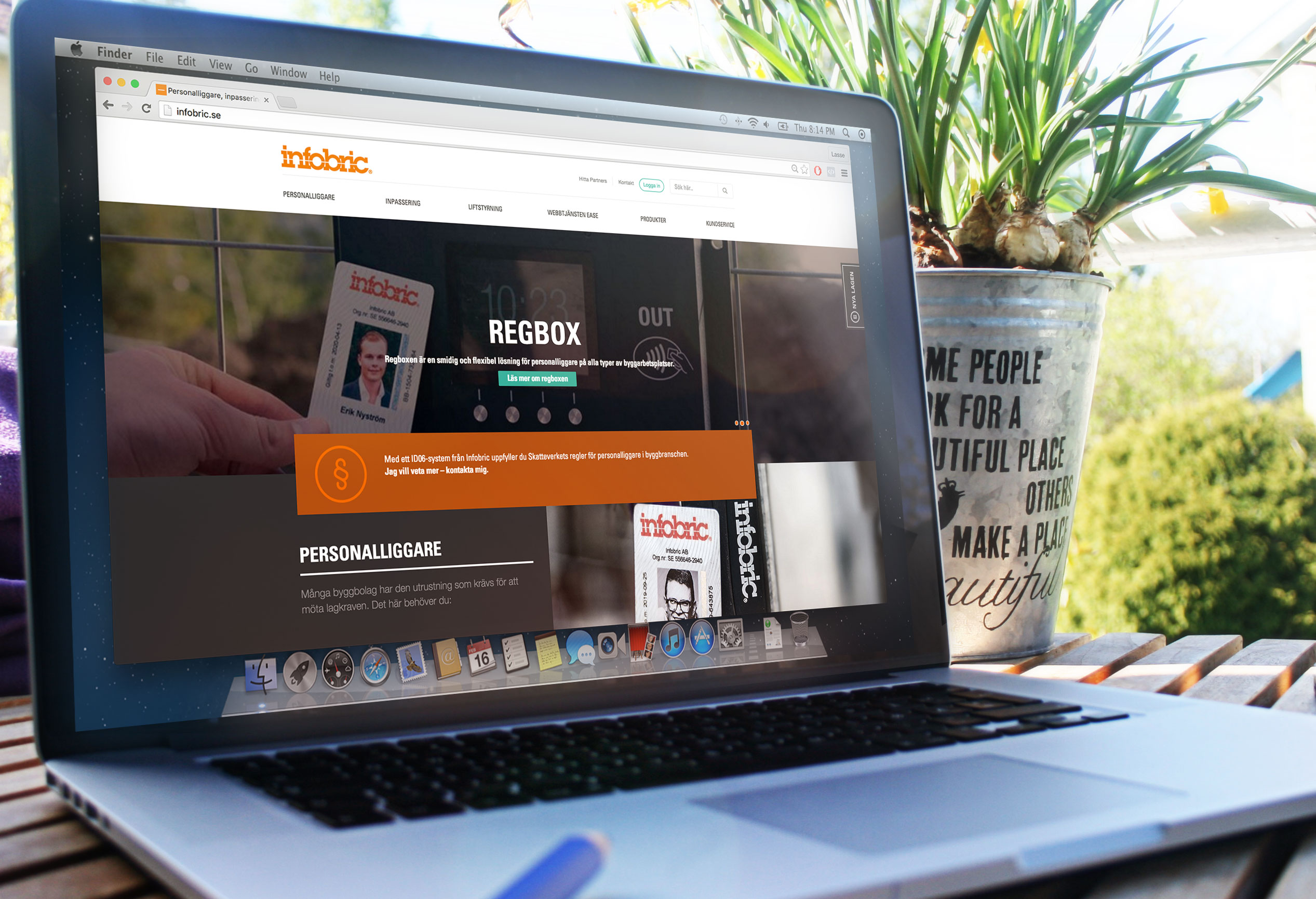 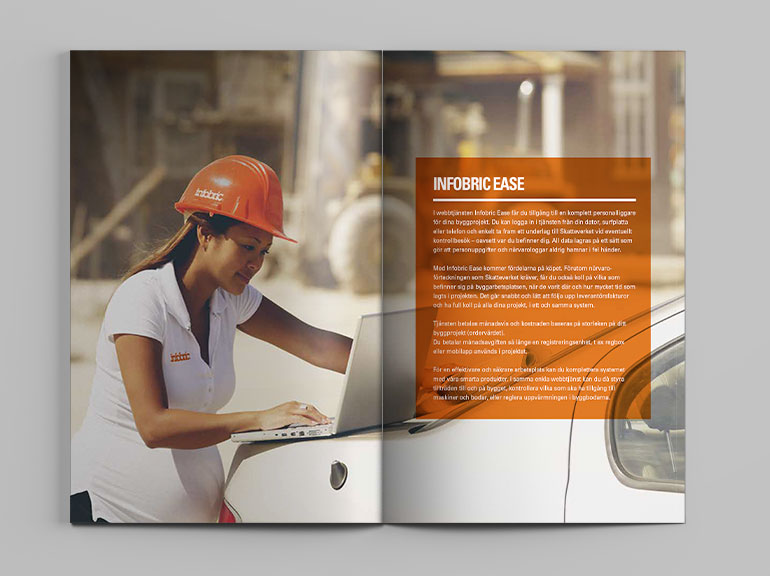 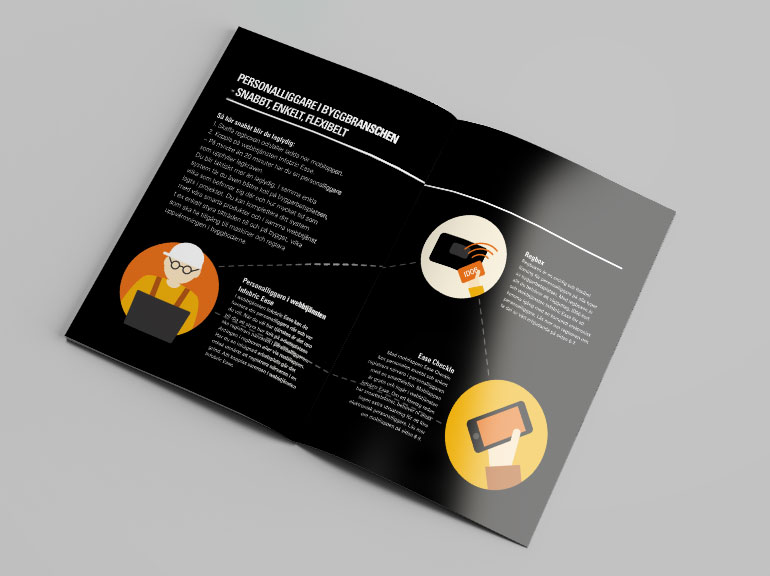 On 1 January, 2016, the act on electronic personnel ledgers in the construction industry came into force, which means that even small construction companies now have to invest in information systems. System vendors have always taken a gloomy approach and pointed to the fact that it is compulsory.

Except in one case.

For Infobric, which has been around for ten years, it has meant a huge opportunity to conquer market shares like never before.

Their products and services not only make the construction sites meet the legal requirements. The information also means better traceability, follow-up and control. And all at an extremely low cost.

Our concept is based on this. With the campaign focus THINK BEYOND THE LAW, communication has turned everything upside down and caught the new target group.

At the start of the campaign, Infobric was available on 1,000 construction sites.

At Nordbygg in April 2016, Infobric’s booth was met with great interest.